The town is just a 2.5-hour drive from Manila through SLEX and STAR Tollways, via the Ibaan Exit. The magnificent harbor estate also has prime road access from other cities such as Lipa City; Batangas City, San Pablo City Laguna, and Lucena City, Quezon.

The first-class municipality of San Juan, Batangas, has a population of 110, 100 people mostly engage in farming, fishing, and other professions. The rustic municipality is in the easternmost part of Batangas province. It is bounded on the north by the town of Candelaria, Quezon province. The Tayabas Bay lies on the east, while the towns of Lobo and Rosario (Batangas) surround San Juan.

The hilly western portion of San Juan separates it from Lobo & Rosario: The town is well-known for its white-sand beaches, first-class beach resorts, and its baroque church. San Juan is also the site of the famous Pinagbayanan excavation, the most crucial archaeological locale in the municipality. In recent years, San Juan became one of Batangas province’s most visited places by entrepreneurs, tourists, and adventure seekers because of the town’s various water attractions. Moreover, once you and your family decide to settle in Club Laiya, everything you need is at arms’ length. 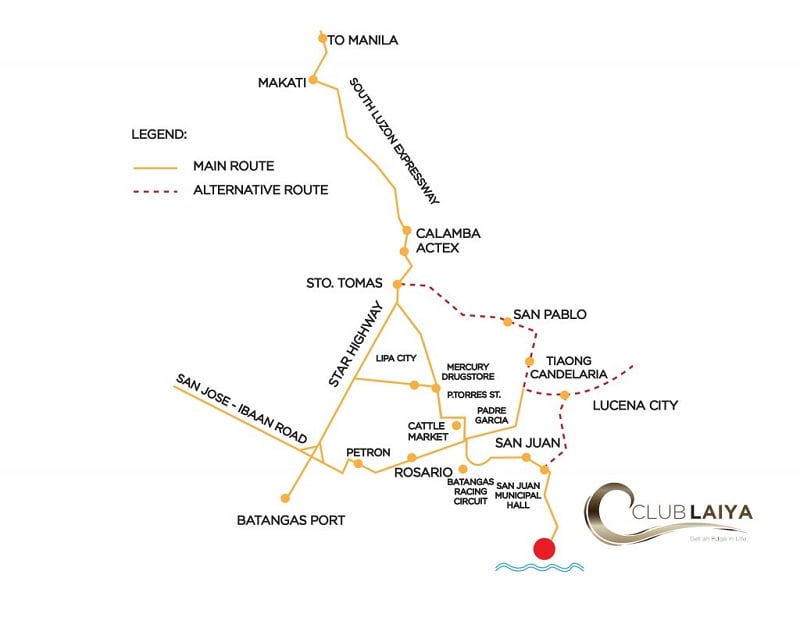